VTB, a Russian bank sanctioned by the EU for its ties to the Kremlin, secretly owned a luxury Alpine hotel until 2015. Its current owners appear to be proxies for VTB chairman Andrei Kostin.

The Hotel Tannenhof, located in the Austrian ski resort of St. Anton am Arlberg, high in the Alps, is as exclusive as it is sumptuous. Billed as a “luxury hole,” it has seven large suites, the most expensive costing around $6,000 a night, and nearly twice as many staff as guests. 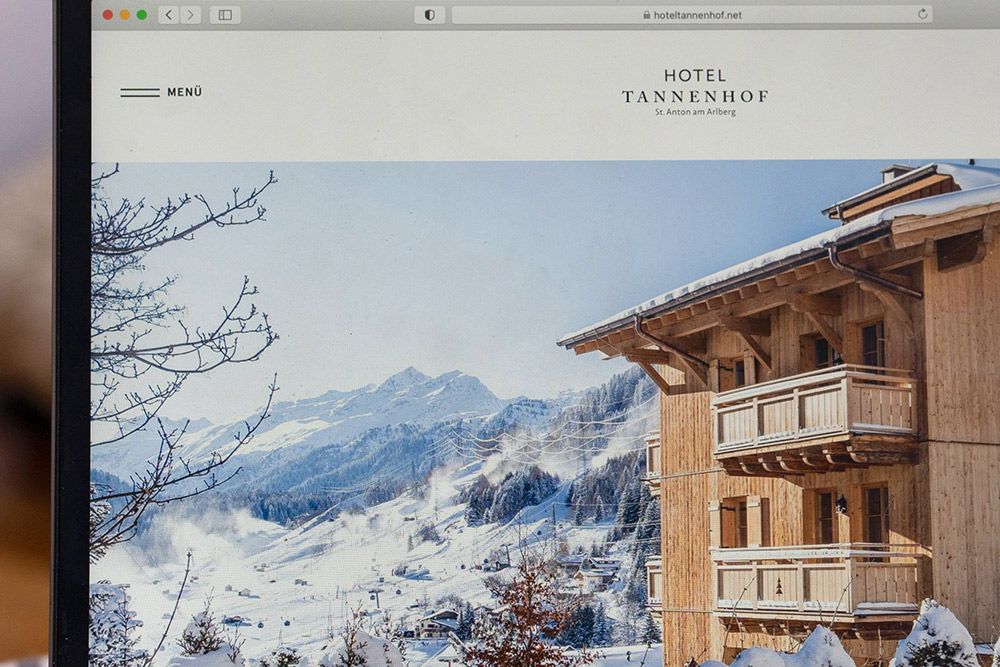 
The site of the ultra-luxury alpine hotel.

A concierge service caters to every guest’s whims, while a gourmet restaurant offers dishes like Tyrolean prawn with caviar and pheasant with chanterelle mushrooms. Staying here is “like your closest billionaire friend setting out to create a fabulously luxurious yet personal alpine retreat,” wrote a British travel journalist.

According to multiple media outlets, Hotel Tannenhof is owned and operated by the husband-and-wife team of Axel Bach and Judith Volker, who reportedly completely rebuilt it in 2011 before it opened to guests the following year.

In a 2017 interview, Bach said an unexpected inheritance helped him “realize his philosophy” of hospitality, implying he used the windfall to buy the hotel. “The notary had been looking for me for a year and a half and asked me what I was going to do now with all the money!” he said.

Another story published the same year reported that Bach and his wife had sold an estate in Italy to buy the hotel. Staff were also told that Bach and Volker owned the establishment, according to former hotel manager James Baron.

The US and EU sanctioned VTB in 2014 in response to the Russian invasion of the Crimean Peninsula. The following year, the ownership structure of Hotel Tannenhof changed.

Before the sanctions, VTB owned it through a subsidiary in Cyprus, ITC Consultants (Cyprus) Ltd. who in turn owned another Cypriot company, Persifa Ltd.hotel owner.

But in 2015, ownership of the Persifa holding company passed to another Cypriot company, Cahulia Ltd.

Cahulia’s owner was hidden behind corporate nominees, making it impossible to know who was really behind the hotel.

However, three years later, a new Austrian law came into force obliging all companies to declare their ultimate beneficial owners

An Ultimate Beneficial Owner, or UBO, is the person who is likely to profit or benefit from a legal entity.

or UBO for short.

This would have forced the Hotel Tannenhof to reveal the true owner of Cahulia. But the hotel appears to have taken advantage of a loophole whereby any Austrian company owned equally by two ultimate shareholders has no beneficial owner.

At the time the law was enacted, Cahulia sold 50% of the hotel’s holding company to another Cypriot company, Aktien Enterprises Ltd, for the nominal sum of $584, giving them both equal shares. Therefore, the Austrian register of beneficial owners does not indicate who actually owns Hotel Tannenhof. It only reveals the administrators: Axel Bach and another candidate from the company.

“Until an official money laundering investigation has been opened, it will not be possible to compel the two chief executives to testify. And even if they did, they wouldn’t have to tell the truth as the accused.

But maintaining this secrecy also depended on Cypriot corporate secrecy laws, which allowed the true owners of the companies to hide behind nominee structures.

That all changed last month, when – after years of pressure from the European Union and corporate transparency campaigners – Cyprus unveiled its own register requiring genuine business owners to publicly declare themselves for the first time.

It turns out that the owner of Aktien Enterprises is a man named
Eric Whyte
– a Canadian citizen who appears to have spent years defending VTB chairman Andrei Kostin, helping to hide his ownership of properties and other valuable assets across Russia and Europe.

“Until recently, we had no UBO [ultimate beneficial owner] registry that was operational, so it was easy to hide Russian ownership,” said Anna Stylianou, an anti-money laundering expert in Cyprus.

Kostin, a Putin loyalist, is said to have amassed a personal fortune worth hundreds of millions of dollars during his 20 years at the helm of VTB.

The United States and the EU sanctioned Kostin in 2018. The bank and its chairman also faced new Western sanctions this year after Russia invaded Ukraine. This means that anything belonging to VTB or Kostin in Europe would be subject to seizure by the authorities unless the connection was hidden.

Horcicka, the Austrian money laundering expert, said the setup raised questions about whether Hotel Tannenhof was secretly controlled by Kostin.

“Someone went to a lot of effort to hide the real owner,” he said.

The other Cypriot company behind the hotel, Cahulia, is owned by Rois Potamitis, a Cypriot accountant who is a managing partner of the consultancy and accountancy firm BDO.

Potamitis also has a connection to VTB: it is listed as a trustee of the two trusts that own Mitarva Limited, one of the companies that took over VTB’s former Cypriot subsidiary, RCB. (In an investigation published in April, OCCRP showed how VTB appeared to have transferred ownership of the bank to opaque Cypriot companies to evade sanctions.)

Asked about his connection to the hotel, Potamitis confirmed via email that he owned part of it through Cahulia. His e-mail message also stated that he had forwarded the OCCRP question to Andrey Vedenkov, RCB’s first deputy general manager, before responding.

“I should confirm the information,” he wrote to Vedenkov.

In a follow-up message, Potamitis said he emailed Vedenkov by mistake because he was typing on his iPhone and not acting “on behalf of anyone” at his Cahulia property.

Presented with reporters’ findings, Bach did not dispute that VTB owned the Hotel Tannenhof until 2015, but declined to comment on why he and his wife were portrayed in the media as having bought the hotel from them. themselves.

Bach told OCCRP that Kostin had stayed at the hotel as a guest, but did not own it.

However, he declined to name the current owners of the hotel, referring to them only as “an individual who later sold a stake in the hotel to another individual”. He declined to give further details, saying only that “these two people are not Russian by birth or passport”, and did not respond to follow-up messages asking if he was referring to Eric Whyte and Rois Potamitis. .

“[T]he sanctions against him [Kostin] or the VTB Bank, which he runs, have no direct or indirect connection with the hotel,” Bach added.