Editor’s note: Peng Wensheng is Chief Economist and Director of Research at China International Capital Corporation and Executive Dean of CICC Global Institute. The article reflects the opinions of the author and not necessarily the views of CGTN.

As the world experiences the unique effects of COVID-19 and the Russian-Ukrainian conflict, profound changes could once again reshape the international monetary system, which has been dominated by the US dollar. The system has recently been the subject of heated discussion around three key issues: first, the internal and external values ​​of the US dollar have diverged due to soaring US inflation and appreciating interest rates exchange of the dollar against other currencies. Second, under the dual impact of COVID-19 and the Russian-Ukrainian conflict, US dollar-denominated financial assets are facing a decline in their status as general assets. Third, financial sanctions by Western countries have raised doubts about the safety of US dollar reserve assets.

Globalization and financialization are the cornerstones of US dollar dominance. Over the past four decades, neoclassical economics has guided policymakers around the world to promote financial liberalization and adopt macro policy frameworks based on two pillars: inflation targeting and the floating exchange rate. As a result, globalization and financialization have swept the world and laid the cornerstone of the US dollar regime, in which the United States plays a central role as a financial center providing safe assets and trade finance. Consequently, the US dollar has retained its status as an international reserve currency, despite the declining importance of the US real economy. However, globalization has slowed and financial regulation has tightened in the wake of the subprime mortgage crisis.

De-globalization manifests itself in a shift in policymakers’ goals from efficiency, which is characterized by low cost, to economic and geopolitical goals. The change means that global supply is more constrained, while governments play a bigger role in resource allocation. Recent signs of de-globalization include technological competition between China and the United States, the impacts of COVID-19 and the Russian-Ukrainian conflict on global value chains, sanctions and a decline in “peace dividends”. De-globalization has posed challenges to the value chain structures and international trade links built over the past decades.

De-financialization is visible both in debt and in assets, ie a shift from private sector debt to public debt and from financial assets to real assets. Commercial banks’ ability to expand credit is constrained by increasingly stringent financial regulations, while fiscal expansion has become increasingly important amid efforts to address the impacts of COVID-19. 19. The recent appreciation of the Russian ruble following the financial sanctions imposed on the country, a major energy exporter, illustrates the growing importance of real assets relative to financial assets. In fact, the financial sanctions have further undermined the status of financial assets as general assets. 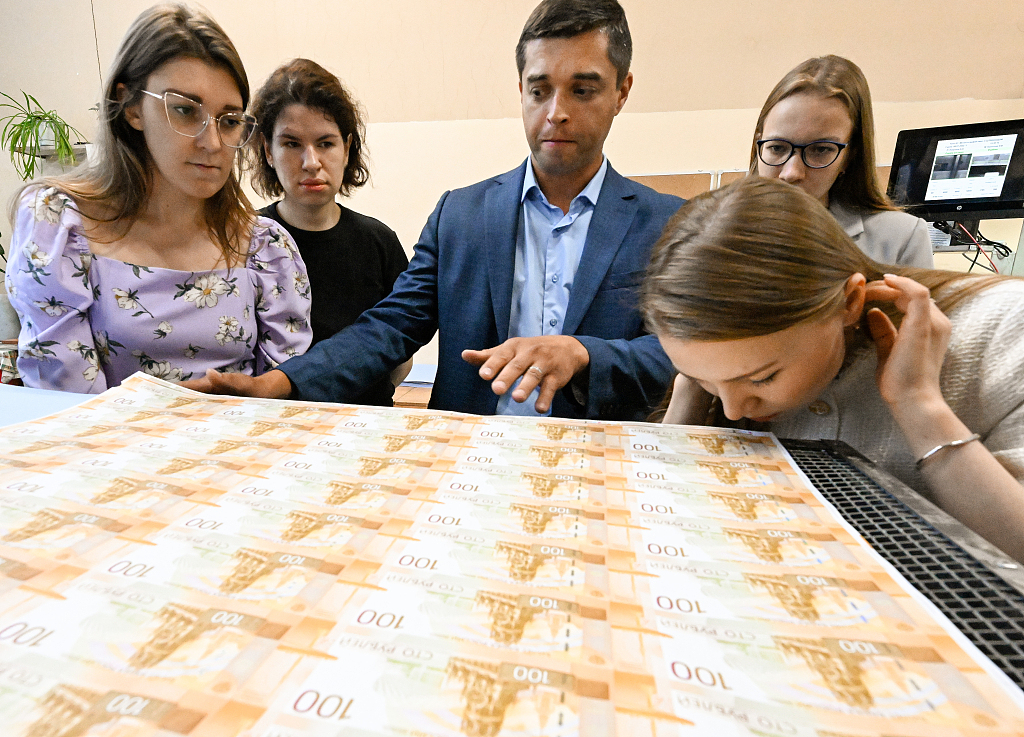 With deglobalization and definancialization eroding the two cornerstones of US dollar dominance, the international monetary system could evolve into a multipolar framework. From a payment systems perspective, we believe that China could leverage its status as the world’s largest trading nation to pursue multilateral payment mechanisms other than the US dollar.

The supply of safe assets may also change as real assets gain in importance. In addition to traditional government bonds, currency swap agreements between central banks and cooperative agreements on strategic commodity reserves can both serve as safe assets to some extent. In addition, interest-bearing central bank digital currencies facilitate the transition to a multipolar international monetary system by serving as both a means of payment and a safe asset.

The internationalization of the Chinese yuan faces both new opportunities and new challenges. De-globalization and de-financialization mean that the international financial advantage of the United States may decline, while China’s disadvantage in the financial sector may have fewer negative impacts on the country. Capital account liberalization should not be at the center of all efforts to advance the internationalization of the Chinese yuan. Instead, more attention should be paid to the competitiveness of China’s real economy. Competition and cooperation between China and the United States will likely take place primarily in the real economy, including technological innovation and commodities, rather than in the financial sector.