This quirky favorite is relaunched on October 26, with refreshed interiors and a new Franco-Russian menu from new chef Ben Hobson. Champagne is in the spotlight, but also Burgundy – with 100 white and red wines on the menu – as well as 70 vintages of Armagnac. Decadent dishes will include Escargots en Persillade; Cassoulet with Duck Confit; Grilled Quail with Truffle Juice and Champagne Mussels. Do not miss the opportunity to try an Armagnac Donut infused with one of the vintages that cover the entire range from 1888 to 2005. Caviar and oysters will also fly from the kitchen.

A gourmet restaurant with 16 seats Chef Finalist Sven Hanson Britt opened this week in Nine Elms, south London, with an adjacent wine bar serving small plates and snacks. The menu features produce that has been picked, picked, raised and fished at the restaurant’s partner farm in Derbyshire. And the wine list, curated by Katrina Smith, features one of the country’s largest collections of fine British wines. An 8-10 course tasting menu, including dishes such as hand-dipped Scottish scallops and red shrimp with brown butter and black truffle, is on offer for £ 99. 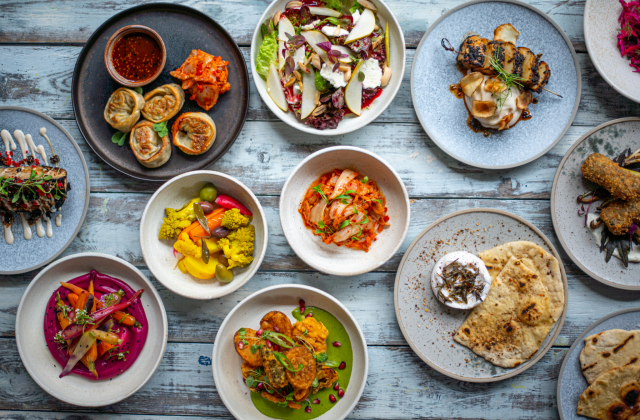 A new plant-based restaurant opens in the heart of Borough Market on November 8, serving a wide selection of vegan dishes. Launched by the team behind Mildreds, the two-story restaurant includes the “Roots Room” with an open kitchen and the “Floret Dining Room”, as well as a “Petal Bar” for cocktails and small plates. The menu is designed to have as little waste as possible and many of its own ingredients will be made on site, from vegan feta, labneh and flatbreads to garden pickles, jams and spice blends. Heroes’ dishes include Porcini truffle croquettes with leeks and aioli, and banana blossom tacos with crushed peas, a pistachio mole and pink grapefruit. Lemon Kumquat Meringue Pie and Campfire Marshmallow stand out on the dessert list. 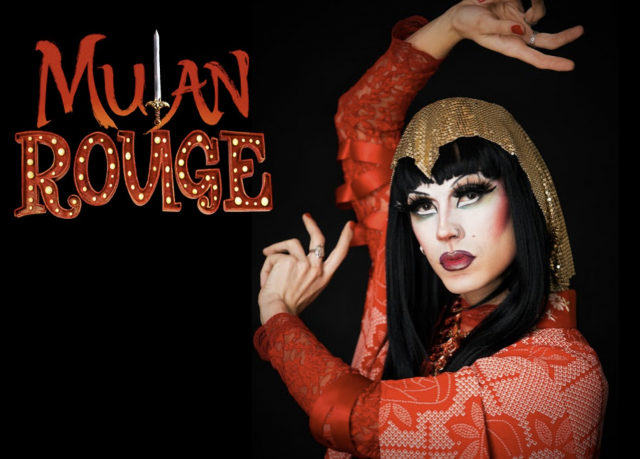 A new immersive dining experience will launch at The Vaults from October 15th. Merging the larger-than-life worlds of Disney’s Mulan and Baz Luhrmann’s Moulin Rouge, this four-course feast will be peppered with drag acts, comedy, slapstick and parody. The food is courtesy of Flavorology, the culinary team behind Gingerline, with a touch of Franco-Asian fusion on the menu. Think baked camembert with chili ginger sauce, braised shoulder of lamb with star anise and spicy orange and charred pineapple on a kadaifi dough with coconut and caramel with miso. While the guests eat, an action-packed tale unfolds as Mulan disguises herself as a man to join the war and requisitions the Red Mulan as the regiment’s training site, complete with glitter, glamor and go-go girls. . Tickets start from £ 45 per person. 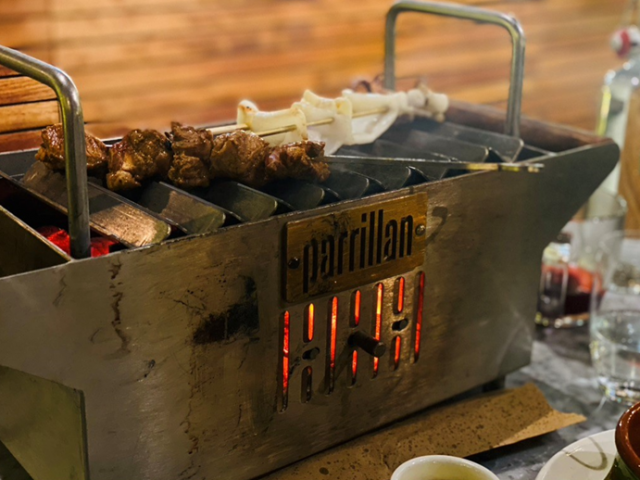 The team behind Barrafina launched their new barbecue and bar on 6e October. Known for its unique approach, with guests cooking their own portions of meat, seafood and vegetables on individual grills, the menu features tasty morsels such as pintxo de txistorra sausage, Iberian pork Lagarto with Alioli, pintxo moruno lamb skewers and 25- day-aged Hereford beef sirloin. Sheepskins and electric blankets provide warmth and coziness on the open-air patio, while hot sangria, chestnut negronis, and hot chocolate with hierbas heat things up on the drink level. 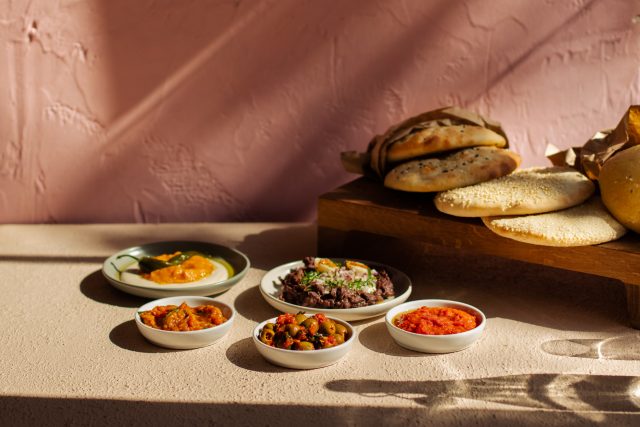 The barbarism next door

This month, The Barbary’s little sister opens in the courtyard of Neal’s Yard in Covent Garden. Drawing inspiration from the fragrant spices of Moorish Spain and North African cuisine, Barbary’s chef, Daniel Alt, will lead the nouvelle cuisine, while a wine list from Spanish, French and Moroccan bottles will be overseen by sommelier Honey Spencer. Dishes on offer include sweet North African pastries, pumpkin bread and chopped lamb kefta simmered with eggs in a spicy tomato sauce, accompanied by a blood orange and grapefruit salad with fennel and lemon. tarragon, oysters served with harissa oil and Moroccan chicken pastilla, a filo tart sprinkled with cinnamon and icing sugar. Tagines include oxtail, chicken, vegetables and red mullet marinated in chermoula, lemon and cumin. Cortado coffees, pomegranate juice and almond milkshakes, as well as classic cocktail variations like the Barbary Bloody Mary, complete the dining experience. 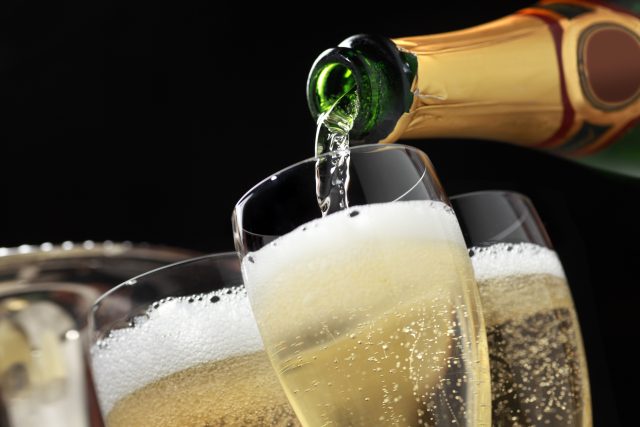 In October, the French restaurant Augustine Kitchen in Battersea is launching a dedicated champagne bar, serving champagnes by the glass and by the bottle as well as a decadent menu of foie gras, smoked salmon, caviar, charcuterie and French cheeses. The Champagne card, which caters to a range of prices, includes houses such as Louis Roederer, Bollinger, Gosset, Laurent Perrier and Dom Pérignon, as well as lesser-known cuvées such as Barbier Louvet 1er Cru, produced by a seventh generation, family producer, and Monopoly Heidsieck, favorite of Russian Tsar Nicholas II. Chef Franck Raymond continues to run the main restaurant, with its menu focused on Savoy; snails with garlic cream and parsley butter; Lobster bisque; rack of lamb with Savoyard gratin; pistachio crème brûlée. A new wine cellar also houses unique bottles, including more than 25 Savoie wines, the alpine wines having been produced in the mountain air. 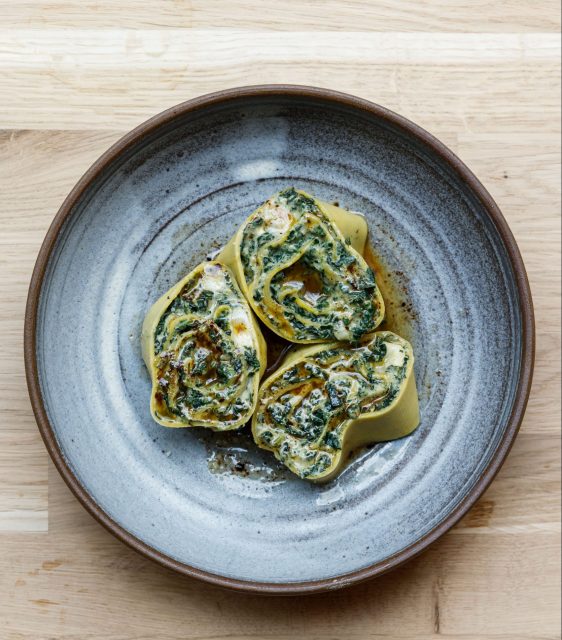 The Soho-based Asian restaurant, which opened earlier this year, will launch Asian-inspired Sunday roasts on the first Sunday of each month starting October 3. Taking inspiration from Cantonese-style roast meats, guests can delve into a feast menu of four different meats: Bright Roast Duck with Umami Dip, Crispy Roasted Pork Belly with Mild Mustard, Taiwanese Sausage with Lime Mayo garlic and poached soy chicken with ginger and spring onion sauce. All accompanied by unlimited jasmine rice with a hint of salted duck egg. Sunday roasts are priced at £ 67.50 for two, including a welcome drink each. During the week, you can enjoy panko-crusted fried chicken hearts with a sweet curry sauce and a Szechuan burger, consisting of a pineapple bread, a fried chicken thigh and a salad. cucumber. 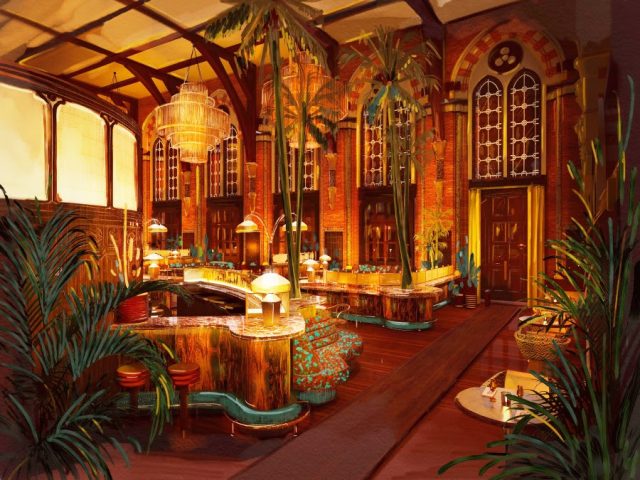 This reinvented bar and restaurant inside the St Pancras Renaissance Hotel in King’s Cross is relaunched in October, following a major overhaul by Parisian architect and designer Hugo Toro. A new take on the original 19th-century train station ticket office features a Victorian conservatory, teeming with eclectic patterns and fabrics, and 8-meter-tall palm trees. Dishes, including slow roasted lamb shoulder with chermoula spices and monkfish and potato curry with spinach, spring onions and lime, will be overseen by Patrick Powell, formerly of Chiltern Firehouse. Sweet offerings include Blackberry Bagatelle and a ridiculously tempting brioche donut with caramelized apples and crème de cinnamon brûlée. A live Raw Bar will also serve market oysters and sashimi-style kebabs. High-end cocktails, champagnes, wines and spirits will dominate the drink menu, alongside an alcohol-free range inspired by tea. 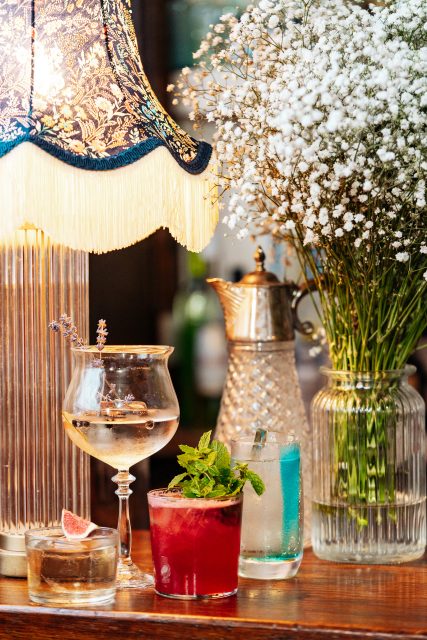 This Soho institution officially reopens on October 6, after receiving a new lease of life from the famous London Inception Group (Mr Fogg’s, Cahoots, Bunga Bunga). The impressive rear bar will feature over 100 of the world’s finest gins, from the most famous to the small batch. A menu of 10 gin-based cocktails as well as gin tasting flights will also be offered to thirsty punters. The Favorite Den was first launched in 2012, but was forced to close due to damage from Crossrail during the construction of the adjacent Tottenham Court Road station in April 2019. It is hoped that the renovation will regain some part of the old magic of the old hotspot.

The Russian ruble is the only major ...