Claim: A Facebook user suggests that an image of a huge unfinished hotel can be found in the free zones of Accra in Ghana and belongs to Jean Mensa, the president of the EC.

A Facebook user by the name of Marfo Passco shared an image of an unfinished building and claimed that the said building is an unfinished hotel owned by the chairman of the electoral commission, Jean Mensa.

The message is captioned,

“After rigging the election for Nana Addo, take a look at what she’s building with poor taxpayer money Nana Addo gave her.”

“Where did Jean Mensa find the money to build this huge hotel in the free zones of Accra in Ghana? We ask the source of the money used to finance the unfinished hotel. This is the property of the electoral commissioner… ”

Dubawa performed a reverse image search and found that the image had been uploaded to alamyimages’ website, www.alamyimages.fr, a diverse online photo collection with captioned “Front of a Huge unfinished and abandoned hotel in Montenegro “on October 2, 2019. 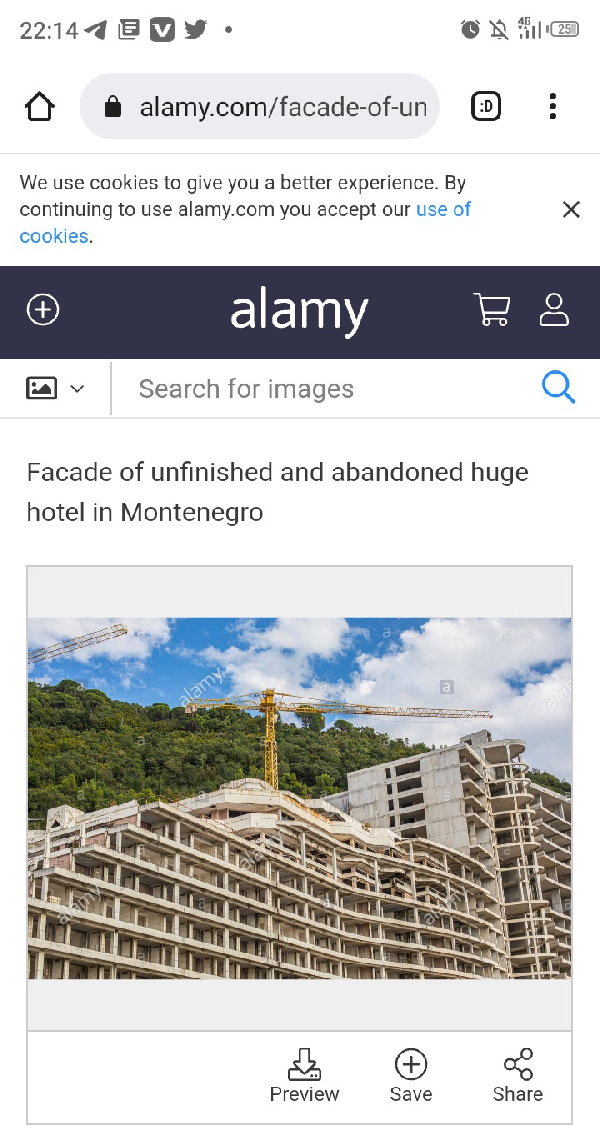 Another Google Earth search revealed that the building is the AS hotel and is located on the Adriatic coast in the Perazic Do region, near the spa town of Petrovac (Montenegro). 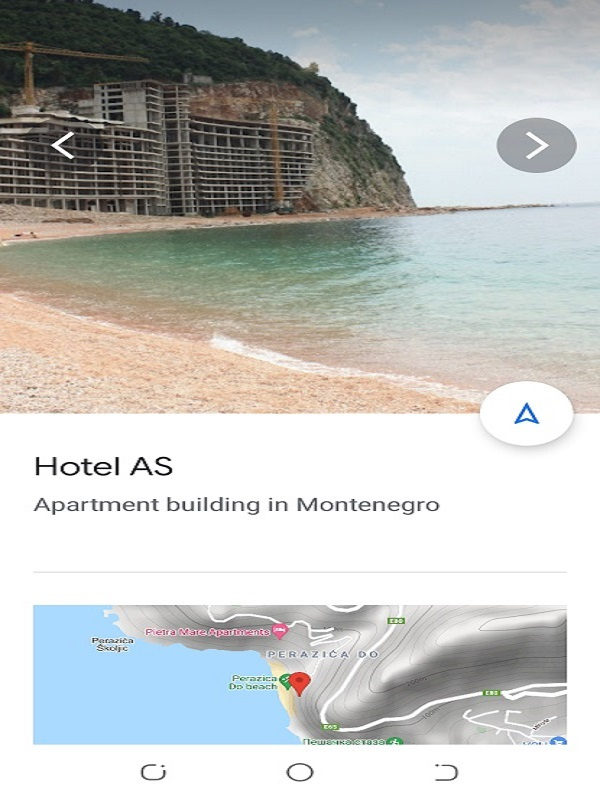 Image: screenshot of the image from Google Earth

Additionally, an article titled “The Abandoned AS Hotel in Montenegro Looks Like the Titanic” published by waytomonye.com on March 25, 2018, confirms the existence of the building in Montenegro.

According to the report, the country’s prosecutor has filed a criminal complaint against six people, including the owner of Nega Tours, his deputies and others, who are suspected of having provided the Montenegro government with false guarantees of 3 million euros.

The Ministry of Sustainable Development and Tourism of Montenegro, through the director of the Directorate of Tourism Development and Standards, Olivere Brajovic, mentioned in a statement dated March 10, 2016 the filing of criminal charges against six people. as part of the construction of the AS hotel.

During the fact-checking of this claim, Dubawa attempted to reach the EC chairperson for her response, but this was unsuccessful. This report will therefore be updated if its response is provided.

The image conveyed of the huge unfinished hotel declared to be in the free zones of Accra in Ghana and belonging to Jean Mensa, the electoral commissioner, is false.