Bear Robotics is at the MADE Central California food expo, turning science fiction into science fact.

Servi is a robot that transports food to customers in restaurants with table service. It is already in use at Denny’s in Herndon and Blackstone in Fresno and at another local restaurant.

Bear Robotics was founded by John Ha, a former Google engineer. The company’s operators program the Servi robot with a restaurant menu.

“We pre-map a location. (Operators in the field) will set up the location, coordinate the location of each table point, kind of work with the restaurant owner, get the best integrated flow so it’s personalized to their location,” said company representative Jeff Johnston.

Johnston says Servi doesn’t replace human servers. This can help servers work in a larger area of ​​a restaurant, for example when a member of staff is sick.

“For the server, it actually helps increase their tipping because they can spend more face-to-face time, instead of having to go back, get your food, get that kind of stuff. They’re actually on the floor interacting with the customer,” Johnston said.

Winning a $10,000 check for MADE Central California’s Most Innovative New Product, Saint Francis Homeless Project showed it cares about the dogs and the women who make the canine treats.

The Fresno-based group hires women who need a second chance, perhaps because of a criminal record or drug addiction. This mission, as well as the quality of their treats, convinced three judges to award Saint Francis the first prize in the competition.

Sandra Kaye, founder of the group, said 179 women have graduated from the program, 70% of whom are working or going to school.

Katie McCoy is one of the graduates. A victim of domestic violence and trafficking, she turned to drugs and has a criminal record. Saint Francis helped her get her life back together.

“That’s the whole reason I’m here, honestly,” McCoy said. She is now general manager of the Panera store in Riverpark and still participates in the Saint Francis program. “I have the chance to give back by hiring women who come out of this program.”

McCoy said the program gives confidence to women like her. This was seen when she presented onstage at the food show’s Pressure Cooker event on Wednesday. Dog treats can be found at places like Save Mart.

“What Sandra taught us was not to be ashamed of our stories,” McCoy said.

Why take the risk on women with a record?

“Because everyone needs a second chance,” Kaye said. 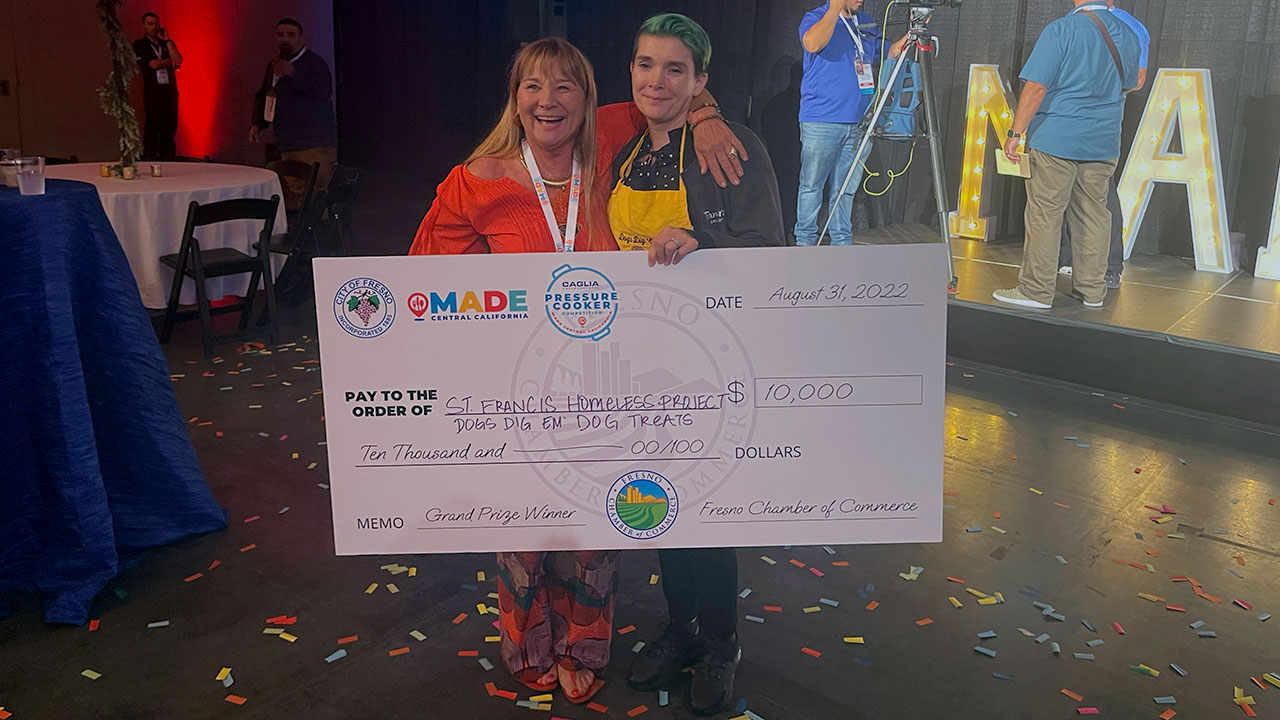 Miller Duvall is passionate about the distillation of liqueurs. He saw an opportunity to produce a spirit from crops grown in California.

“I’ve traveled the world a bit and thought it was so crazy that we’re here in California, the most agriculturally diverse place in the world…but we don’t have a spirit of signing,” Duvall said.

President of The Spirit Guild, based in Los Angeles, Duvall’s family grows clementine oranges in Bakersfield.

“It’s very subtle. It’s kind of orange blossom meets kind of vanilla meets orange zest. It’s not exactly like a snapshot of an orange, like an orange Jolly Rancher or anything like that. It’s a little different. It’s a little more nuanced,” Miller said, describing Vapid Vodka.

Duvall said he makes his spirits the “old world” style – taking the juice, adding yeast, letting it ferment, then distilling up to four times.

The Spirit Guild also makes gin. Liqueurs can be found at select restaurants and retailers like Total Wine and More.

Duvall said he was at MADE Central California to make connections with the agricultural industry. 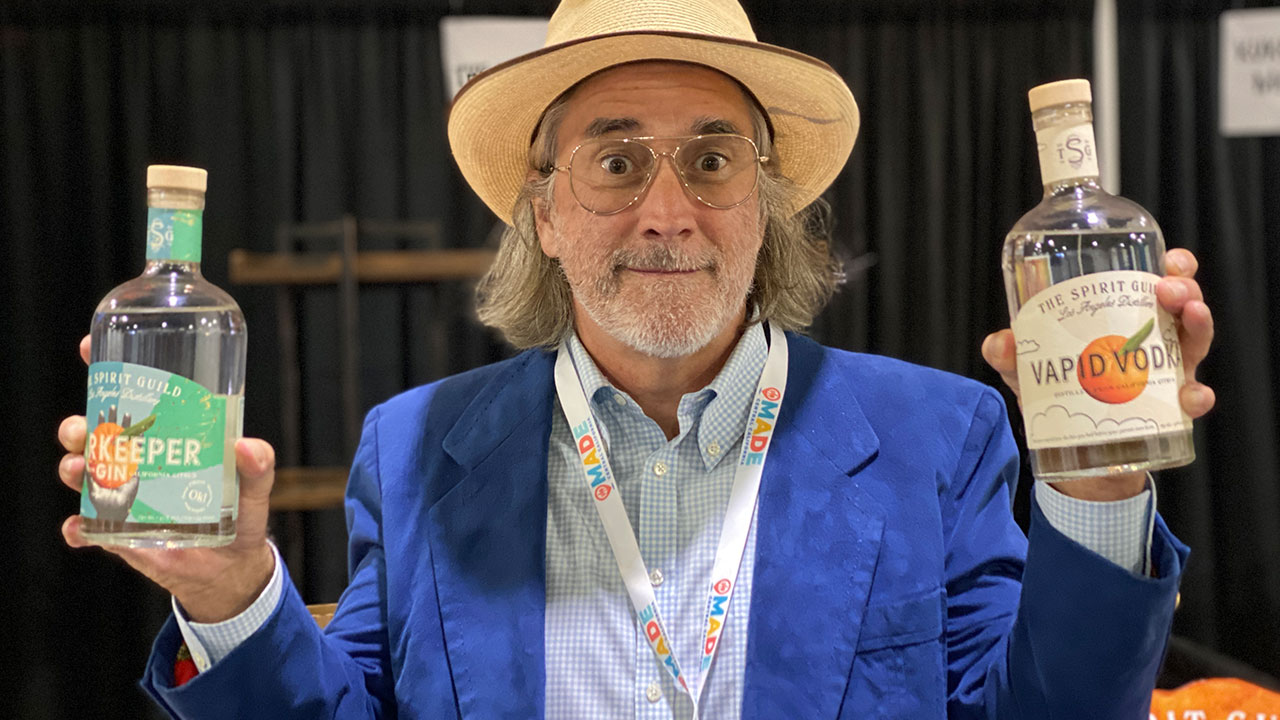 Miller Duvall shows his or her wits. (GV Wire/David Taub)